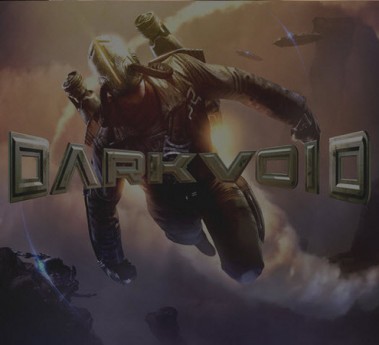 Capsule Computers recently interviewed Morgan Gray, Senior Producer at Capcom Entertainment Inc. the creators of the highly anticipated BLOCKBUSTER of 2010.  DARK VOID which will be available on Xbox 360, Playstation 3 and Games for Windows. Dark Void is one of the most creative, action packed and visually stunning games we have ever seen.  2009 could not come any quicker.  Especially after playing the demo at this years Tokyo Game Show.

Dark Void has everything you could imagine all jam packed into one superb 3rd person action / adventure game.

Check out the interview with Morgan and further down all links to the official website and community site where you could register to win some extremely cook prizes. 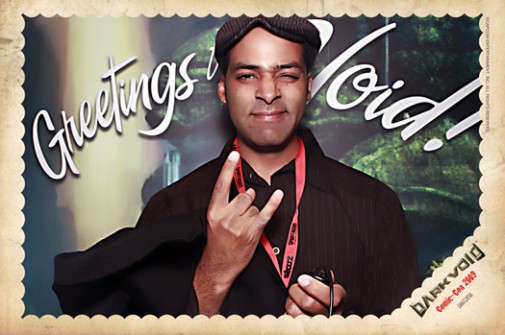 Capsuple Computers Question 1 : What is your role at Capcom Entertainment / Airtight Games

Morgan : I am Morgan Gray, a Senior Producer at Capcom Entertainment Inc.

Capsule Computers Question 2 : Dark Void is being developed by Airtight Games, how long has Dark Void been in development ? And how many dedicated men and women are currently working on Dark Void.

Morgan : Dark Void has been in development, in its current incarnation, for about 2 – 2 ½ years. The Airtight development team was around 55 dedicated men and women, with an additional 50 others split across different outsourced art, music, marketing, etc.

It takes a village to make a game

Capsule Computers Question 3 : What do you believe have been your greatest challenges designing a game like Dark Void ?

Morgan : The biggest challenge making Dark Void is that there really isn’t a game that has done what we are doing before in terms of our mix of gameplay styles. There is no historic road map.  What makes us unique is our mix of on foot, jet pack dog fighting, and vertical combat, all happening at the same time, generally based on player tactical choice. These created many unique level design challenges that pushed the development team to grow and learn.

Capsule Computers Question 4 : Can you briefly describe what style of game Dark Void is ? And what players can expect in terms of  game play.

Morgan : Hmm, I believe , at its basic level, Dark Void is a third person action/adventure game with a strong emphasis on cover based combat and in air dog fighting. That is a pretty vanilla way to describe the game experience however. Where the game truly shines is in mixing these elements into levels that leave it up to the player to pick and choose their tactics. No other game has given the experience of being hunkered down behind cover, and then suddenly taking off into the air, to bring death from above on your enemies. It’s a very liberating take on third person shooters.

Capsule Computers Question 5 : Dark Void has been labeled as a groundbreaking combination of fast-paced vertical combat mixed with mid air and on foot action.  What games in the past have influenced the creation of Dark Void and what have you learnt from them to make Dark Void its own.

Morgan : I would imagine that most game developers are influenced by every game they have ever played in some way. But to be specific, here are a few notable games : Gears of War, Crimson Skies, The Rocketeer, Star Wars: Bounty Hunter, Tribes, Half-Life (1/2), Shadows of the Colossus, X-Wing vs. TIE Fighter, Rainbow Six, Megaman….

Just to name a few

Each has either taught valuable lessons about cover based combat, enemy design, air combat, pacing, unique enemies and visuals, etc.

Capsule Computers Question 6 : Where in the world/universe will most of action in Dark Void take place ? Who are the main threats in the game ? and why ?

Morgan : Dark Void focuses on an alien dimension known as The Void. It is the temporary home of a group of aliens called The Watchers, an evil enslaving race of beings banished from earth long ago. There they subjugate the ragtag group of humans that either had the misfortune of being born there, or like our hero Will, stumbled upon a gateway to The Void. Will, our hero, must work with the humans to find a way to escape back to our planet. The watchers obviously are less than pleased about this, especially since they are at the brink of hatching their own designs on returning to our world…

Capsule Computers Question 7 : Who’s idea was it to introduce and use a Jet Pack into Dark Void,  and what sort of research did your team do to make flying through the air on your own private jet a realistic as possible.

Morgan : The Airtight team wanted to have a flight focus in the game, but really wanted to do something other than planes. The jetpack was a no-brainer from that point on. We went back to all the famous jetpack heroes of the past, Commander Cody, The Rocketeer, Boba Fett, etc. As well as any game that used anything even remotely close to a jetpack. Airtight has such a strong flight background that they were able to bring their experience to bear on making sure things felt perfect in the air.

Capsule Computers Question 8 : Is Dark Void a single player only experience ?  Will there be any co-op campaign style mode or online multiplayer game play ?

Morgan : Not at all. Multiplayer should never just be tacked on to something to have it. We knew we had a lot of challenges ahead of us working on the brand new mix of gameplay experiences that Dark Void features, not to mention making a whole new IP,  Airtight making its first game as a company (although the crew is all very experienced). We did not want to make the game suffer, worst case we concerned about impacting the single player experience, and potentially not having time to make sure the multiplayer experience could stand on its own (games like Halo and CoD Modern Combat have set a new bar on what’s required to have something deep and fun beyond simple deathmatch). So we made the call to focus on getting the new IP off the ground with an awesome single player experience. If we have the chance to make a sequel, we’ll have the discussions all over again on what to focus on .

Capsule Computers Question 9 : Are you able to give us a sneak peak at any of the Xbox 360 Achievements  / Playstation 3 Trophies that players can look forward to obtaining.

Morgan : We have a good mix of progress based achievements/trophies  (level by level), and challenge based. I don’t want to spoil the fun of discovery, but here are a couple of cool ones

Capsule Computers Question 10 : What will players be able to expect from Capcom/Airtight Games moving forward.  Are there already plans to develop Dark Void 2 or do you have anything else lined up ?

Morgan : Well, all our focus is on finishing up Dark Void…but…that’s not to say that we don’t have designs on where the story can go from here…I guess the phrase would be…the sky’s the limit!

Capsule Computers would once again like to thank Morgan for his time in answering these questions for all the fans of Dark Void.

Check out Dark Void’s offical Website and the Dark Void Community site where you can register to win some really cool prizes.  Jump on over and check them both out.

Microsoft does away with Microsoft Points in favor of local currency 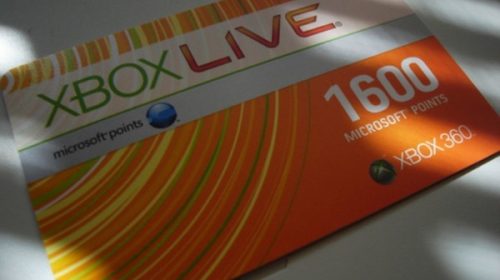