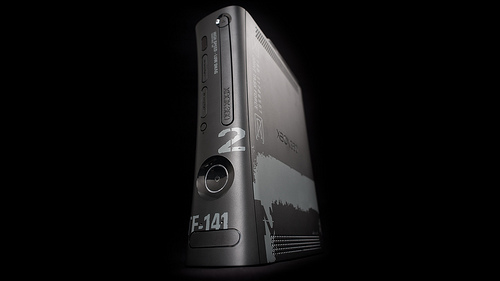 Microsoft  just announced the Xbox 360 Modern Warfare 2 Limited Edition Console. It is available for pre-order today at U.S. retailers, and in other regions later this week. The package includes the custom designed console, 250 GB hard drive, two wireless controllers and a standard edition of Modern Warfare 2 for US $399.99.

You can now Pre-Order the console on Amazon

I think this console is about as exciting as the Modern Warfare Night Vision Googles in the Ultimate Collectors Edition.  I recommend get them both if your a true Modern Warfare fan 🙂