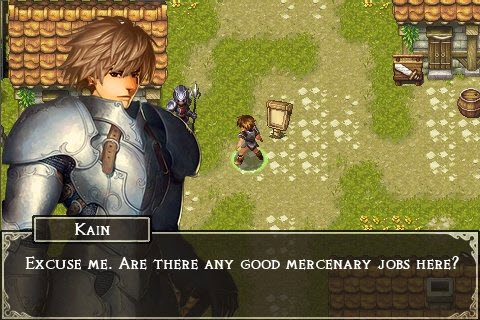 Chronicles of Inotia two will feature and provide players with both a party style and network style gameplay.  Making it very similar to a MMORPG.  Players will be able to go join guilds and battle against other guilds, go on raids and seiges on castles to gain notoriety.

The main story you will be able to control three characters and hire mercenaries to aid you in your quest (you can switch between characters and build each one the way you like with their own specific skills and abilities) or ask a friend that you have met online to assist you, making the adventure even more fun and entertaining.

The online features discussed so far seem to be very interesting.  Items earnred during battles, raids and sieges can be shared amongst your guild members or stored online via a network storage box.  This will come in handy in assisting some of the newer weaker memebers of the guild that might need a new shiny suit of plate mail armour +2.  Its a great idea and will encourage a lot of online play, and the online community for Chronicles of Inotia 2 will surely flourish.

I for one cant wait to get my hands on Chronicles of Inotia 2.  The possibilities of being able to play the story mode campaigne with a friend online will be totally amazing.

With a release date of roughly late 2009, Chronicles Of Inotia 2 is shaping up to be one of the most anticipated titles on the Apple Iphone / iTouch.

Ocean Blue released for iPad; your own personal ocean