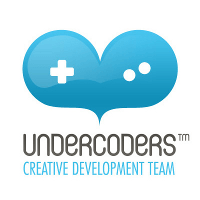 Today I was lucky to have the opportunity to interview David from Undercoders the developers of Quiz Game Land on the iPhone which launched August 3rd.

Thank you David for taking the time to answer these questions.

1: How did you come with the Company Name Undercoders

Actually we came up with the name Undercoders while still at university. We had decided to develop some projects in common and needed a website to publish them, so we started thinking about domain names to give it. At first we couldn’t come up with something we all liked, so one night we met in a bar with a piece of paper and many beers and the next morning there it was, written down in a wet wrinkled paper. We kind of liked it so, a couple of years later, when we started working as a company we registered the name and kept using it.

During our short lifetime there has been quite a lot of movement at Undercoders, with a few members, workers and collaborators joining and leaving for other companies. Right now we are stablished with only 2 of the original founders left, working closely with regular partners on a per-project basis.

3: What other games have Undercoders designed between 2006 and now ?

We developed two mobile phone games in J2ME and we pitched a couple game designs to some publishers, but unfortunately they were revoked or completely ignored. During our first two years we also used to develop websites and small applications for local businesses, so our income was totally dependent on those. When Apple released the iPhone SDK we closed all our other activities to focus only on games, being Quiz Game Land our very first commercial release. If everything goes fine, hopefully someday we will be able to publish or reimagine our “lost” projects.

4: What have been your greatest challenges up till now as a video game development studio

Funding: it has always been (and still is) our main challenge/problem. We presented our business plan to dozens of entities, banks, inverstors etc. but up to this date, all the money that has entered the company proceeds either from our previous work or from our pockets. Hopefully, if we can break into the market with some of our new games, things will look better in the future.

5: How long did it take to make Quiz Game Land

The game itself took around 4-5 months of work, but it took us longer to complete since we had to write a new framework and build up some libraries, in order to start our iPhone development process.

6: What were you inspiration in making Quiz Game Land

Where to start? 😉 From old school turn based RPGs, such as Suikoden or Dragon Quest, to modern classics in the lines of Buzz! Having played so many games, is hard to tell which of them has not been an inspiration!

7: What style of game is Quiz Game Land

Hard to tell! We wanted to mix a lot of different gaming styles, so that the game was more varied than the typical trivia game and wouldn’t get boring or repetitive soon. I guess the result could be defined as a “Classic Gaming Trivia Adventure”.

8: What sort of questions can players expect when playing Quiz Game Land

We tried to think of “general gaming knowledge” questions about games, characters, systems and the industry itself, in a sense that a gamer would be able to answer them, even though he might have not played a game/system in particular. For example, if a question asks for a game character, is probable that a gamer will know the answer even though he may not own that game. Since there are a lot of games, characters, companies and systems that range from popular to obscure, we could play with the difficuly of the question. If you go for the hardcore level though, you can expect to find all sorts of tricky, rare and game-specific questions 😉

9: Can anyone play Quiz Game Land ? Do you have to be a nerd to enjoy it ?

Anyone that has played video games can enjoy Quiz Game Land. We ensured that the easy level was accesible for casual gamers, and we provide the correct answer when the player is wrong, so he can sharpen up his knowledge. It’s true though that “real gamers” will get to understand many of the references and winks to the gaming culture included in Quiz Game Land, that may otherwise be ignored.

10: What is the development teams favourite video game and gaming console and software developer.

Oh no! If I ask this question right now in the office, we will spend the rest of the morning discussing about it! 😉 So let me give you my personal choice before they notice I’m answering by myself: Chrono Trigger, Super Nintendo, Konami.

11: What can we expect from Undercoders in the future

Right now we are working on two new titles for the iPhone, one of which is already in an advanced development stage, so we will probably be making an announcement in a couple of months time. Depending on the performace of our first titles, we hope we can continue creating new original titles and even jump to other gaming platforms.

I would like to thank David once again for his time and wish him and his team over at Undercoders the best of luck in their future endevours. Make sure you keep an eye out at the undercoders website for their upcoming titles : http://www.undercoders.com/

And most importantly support Undercoders by buying Quiz Game Land on your iPhone or iTouch :