MasterAbbott’s back again for another video review.  This time we have : 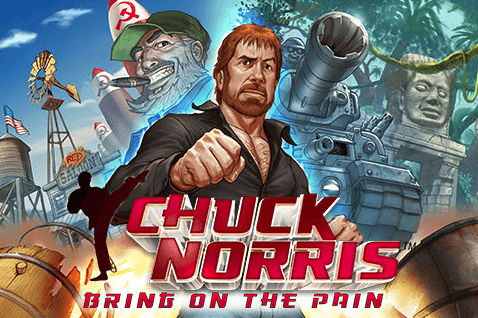 Chuck has ARRIVED on the Apple iPhone.  But most would say he never left.  Chuck was always there.  In the Iphone / iTouch just lying dormant till the right time to pounce and take you all by surprise with his own very game.

Check out the video review and then JUST GO OUT and buy it other wise Chuck will know, he has a central monitoring system on each and every iPhone in the world, and he gets updates on whoever hasn’t gone out and purchased his game.  If you don’t buy it, an alert will be sent directly to him and he will send a clone of himself over to punch you in the back of your head.

It will hurt so to save you the pain of being punched in the back of the head by Chuck Norris’ clone just go out there and spend the $1.99 (US) that’s all you have to do.  Then you and especially Chuck will be happy and look on the positive side.  You will also be able to play his game and do your own punching and kicking and shooting and whacking people in the back of the head with an army jeep.

The video review will cover everything.  Just like Chuck there is nothing much to type Actions Speak louder than letters on a review.

Sit back and relax and watch the great SHOW on earth.. NO NOT THE CIRCUS.  But CHUCK NORRIS – BRING ON THE PAIN VIDEO REVIEW by MasterAbbott Of Capsule Computers.

Now I have to give judgement on this fine and mighty game.  Capsule Computers gives Chuck Norris Bring on the PAIN a whopping 6.5 Capsules Out Of 10.  Now in Chuck Norris’ World a 6.5 out of 10 is a PERFECT SCORE !!  So let’s all pretend it is and that way I wont get a nasty punch in the back of the head by Chuck himself in the middle of the night.

And with this fine review out-of-the-way .. let me leave you with Chuck Norris quote from the Bible according to Chuck.